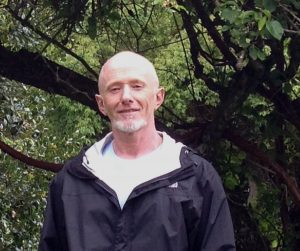 Nicholas is a graduate of the British College of Osteopathic Medicine (BCOM) in London completing a Masters Degree in 2010. BCOM is a college that prides itself on not only its Osteopathic teaching but also its Naturopathic heritage and trains all of its students in Naturopathic Medicine along side Osteopathic medical training.
Nicholas represented Ireland in the sport of Target Shooting for ten years. During that time he won a number of titles Nationally and Internationally. This included medals at European and World Championship level, he retired from professional target shooting in 2005 to pursue a Osteopathic medical degree.

“The experience of this part of my life was invaluable, as it taught me about the mechanism of achieving personal goals. As well as the concept of grounded thinking. It was through honest self reflection that one can move forward and independently and consciously develop. Studying Osteopathy has allowed me to understand the physiological connections within the human body and its relationship to performance. I was also extremely lucky to have competed internationally at the highest level in a sport which not only had physical demands but also a strong psychological component. To train to shoot your best, at a given time and at a given moment, in any environment, took more then luck. It took dedication. Today I still am just as enthusiastic and just as motivated as I was then. Now I enjoy putting all of that energy into improving my patient’s lives.”

The Clinic specializes in the area of Cranial Osteopathy in which Nicholas continues postgraduate training through the Sutherland Cranial College. As well as attending the Classical Institute of Osteopathy, for a list of areas that have shown patient benefit please take a look at What We Treat section for further information.

I have and will continue to work with charitable organizations in the hope of improving our society.

Or Book Online below here